In a climate of victim blaming, rape apologizing and counter-suing,  Letter of Marque’s next show seeks to bring the causes of rape culture to the forefront. The  classical text, recently confirmed to have been penned almost entirely by William Shakespeare, is structured like one of his 5–act romantic comedies, right down to the distressed young lovers, foibled fathers and cogent royalty. But the show takes a parlous turn when one of the lovers rapes another and decides to abandon her in lieu of his best friend’s girlfriend.

“This show speaks directly to what is happening right now in America. Rapists are protected by colleges, other institutions….it’s all rooted in a misogynist, violent culture in which women are kept down, made to feel like victims and, ultimately, raised in a country that both sub-consciously and blatantly tells them they are inferior to men. This has to change. We want this show to start the conversation that leads us to a new, better, equal way of living,” says LoM co-founder Scarlet Rivera.

The ensemble-based company has teamed up with Dramaturge Lynde Rosario, a teaching fellow at Harvard University and co-producer of the Lady Plays podcast, to provide research and support to the project  and facilitate nightly talkbacks.
"It is important to create a discourse about the willful negligence surrounding rape culture, victim shaming, male misogyny, and equal rights for women. Giving agency to women in order to counteract the stifling of their voices by identifying those traditions that placed women in subservient gender roles is a key element in Double Falsehood. By suppressing our inherent desire to recognize, identify, and lament we deprive ourselves of a necessary catharsis."

For tickets and more information: www.lomtheater.org

LETTER OF MARQUE THEATER CO, is a non-profit, multi-disciplinary crew of actors, musicians, writers and directors that functions as a performance ensemble to produce new, original and re-imagined theater. LOM's mission is to create accessible, affordable and dynamic theater at little or no charge to their audiences.

LETTER OF MARQUE THEATER COMPANY teams up with prolific director Andrew Borthwick-Leslie to present a workshop production of Shakespeare’s DOUBLE FALSEHOOD at South Oxford Space in Fort Greene, Brooklyn from Thursday May 14th to Saturday May 16th.  The romantic comedy (first published in 1728 by Lewis Theobald) examines the roles men and women have in perpetuating rape culture.

“People cringe just hearing the word rape,” says Letter of Marque (LOM) co-founder and music director, Nolan Kennedy. “That’s exactly why we want to have this conversation”. This Brooklyn-based non-profit theater ensemble is used to producing socially challenging work. Last year they toured Brooklyn bars with their original piece, Bully Me Down which combined the controversial topics of bullying and the Edward Snowden saga.

With over 20 years of experience, director Andrew Borthwick-Leslie (Shakespeare & Co., The Shakespeare Forum, and his own ensemble The Humanist Project) is determined to ask the hard questions on this layered exploration of honor, family, dishonesty, discourse, gender and love. “We hope to both rollick and heal, to both entertain and enlighten. Having a body is hard. Desire is confusing. Other people are exciting and infuriating,” says Borthwick-Leslie. “Why do we mostly get it very very wrong? How can we start to do a better job?”

The musically savvy cast is using a crazy-cool live composition technique called Soundpainting to sculpt the mood, creating an original score and songs that will be performed by the actors during the show. “We’ve only just begun and the room is already buzzing, ready to explode into something incredible” says Kennedy.

DOUBLE FALSEHOOD is a classical text written in 1727, surfeit with cross-dressing, anguished lovers, foibled fathers, heroic royalty and privy (yet silent) citizenry. It is a smart and scathing contrivance that demands dialogue around why, in nearly 300 years, our society continues to deal in violence, blame and victimization. This initial showing is part one of a three phase project designed to spark a conversation and incite a change of perspective in young adults and our society as a whole.

LETTER OF MARQUE THEATER CO, is a non-profit, multi-disciplinary crew of actors, musicians, writers and directors that functions as a performance ensemble to produce new, original and re-imagined theater. LOM's mission is to create accessible, affordable and dynamic theater at little or no charge to their audiences.

CONTACT: Karen Ng at info@lomtheater.org or 929 841 4873 to feature Double Falsehood in your publication to be part of the conversation and incite change for our next generation. Comp tickets available for reviewers, educators, womens rights advocates, theatre and literary studies. #rapeculture #womensrights #genderissues 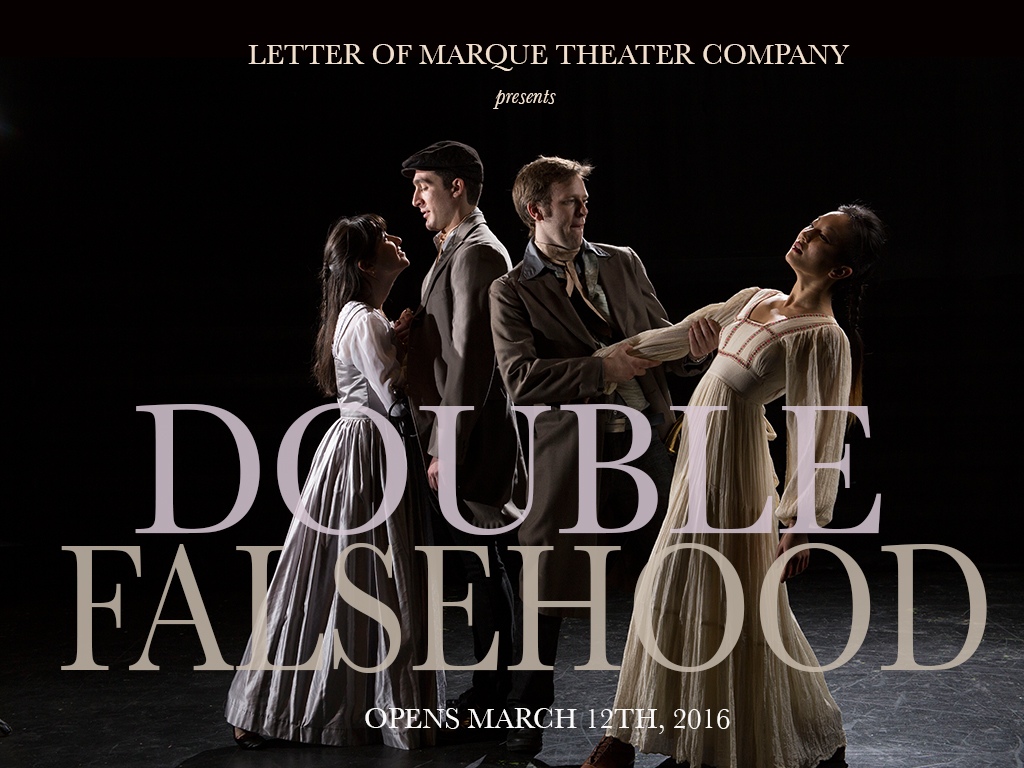 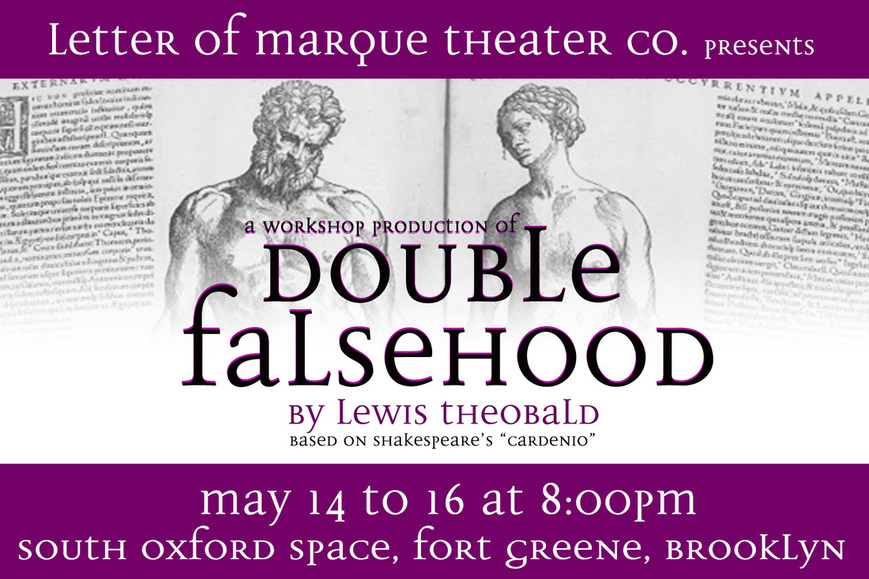